If your method of data collection includes Laser Scanners then LSS Vista with Point Clouds or LSS Elite with Point Clouds will offer you a solution to your topographical, building and elevation surveys. Working from pre-referenced laser scans and imported in a variety of industry-standard formats, the LSS 3D VisionTM application builds a database containing the scan points. Then, when linked to the LSS program it will allow the user to digitise 3D lines and points in 3D and Slice view. These points and lines appear realtime inside the LSS survey and the user is able to digitise from either environment while remaining in the same command. In this way, LSS 3D VisionTM is a 3D digitiser.

Import laser scan data with or without RGB and Intensity
E57, LAS, LAZ, Faro FLS, Leica PTS and ASCII XYZ data formats
Highly efficient and scalable database structure capable of storing billions of points in a single file
Automatic removal of outlying points
Eraser tool for removing unwanted points from the point Cloud
Extract a DTM from the Point Cloud and restrict the area by Filter Box inside LSS 3D VisionTM or surface coded areas in the LSS survey
Create building elevations by digitising from an orthometric view in LSS 3D VisionTM
Create topographical and building surveys by digitising from a 3D or horizontal Slice view in LSS 3D VisionTM
SearchphereTM technology searches within a user-defined sphere when digitising to extract points which are Highest, Lowest, Mean of all points in the sphere, closest to click, closest to eye, or furthest from eye.
Find Edge Engine will interactively find the intersection of two or more planes for digitising walls, kerbs and other structures
EdgeStreamTM technology can trace a string along a well-defined intersection of two planes, such as a kerb, wall or channel (see below)
"Multi Feature Bar" command to enable strings to be digitised in slice view along a user-defined route
Over-display the LSS survey inside LSS 3D VisionTM 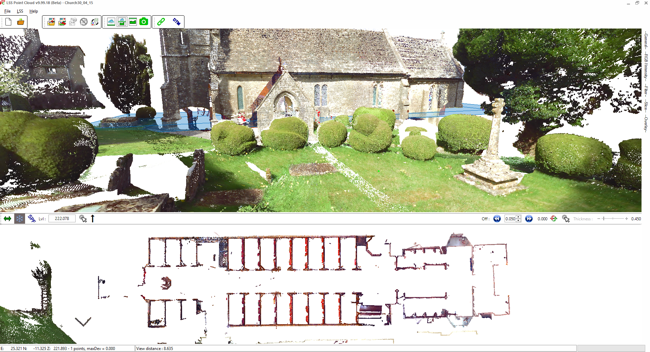 View the Point Cloud in 3D and Slice 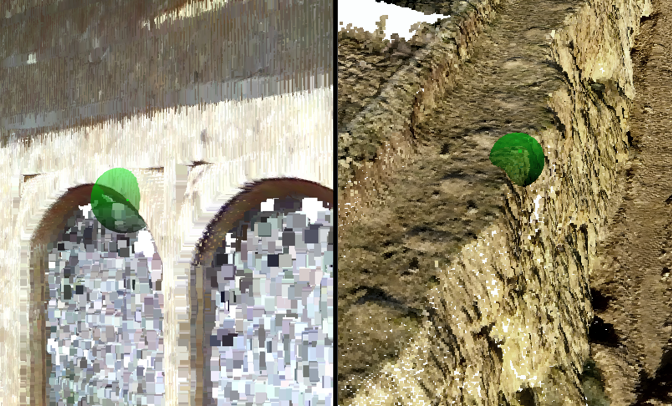 EdgeStreamTM technology will identify the intersection of planes in the pointcloud data to allow the efficient tracing of strings.

Ideally suited to tracing well-defined junctions in the data, such as walls, kerbs, channels, rails etc.

EdgeStreamTM is not a fully-automated process. The user will still need to move the SearchphereTM over the edge in the data and using a variety of pre-set parameters 3DVision will attempt to identify the feature and draw points and a string along its edge. Below are the settings which are available. 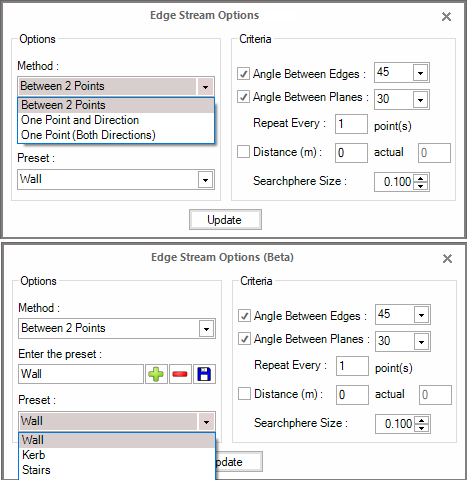 Please note that this technology won’t perform miracles. If the data is too sparse, the features ill-defined or the geometry of the feature not clear then it will not be possible to identify them using this method. In this case it will be possible to use the standard SearchphereTM cursor to manually digitise points and strings. 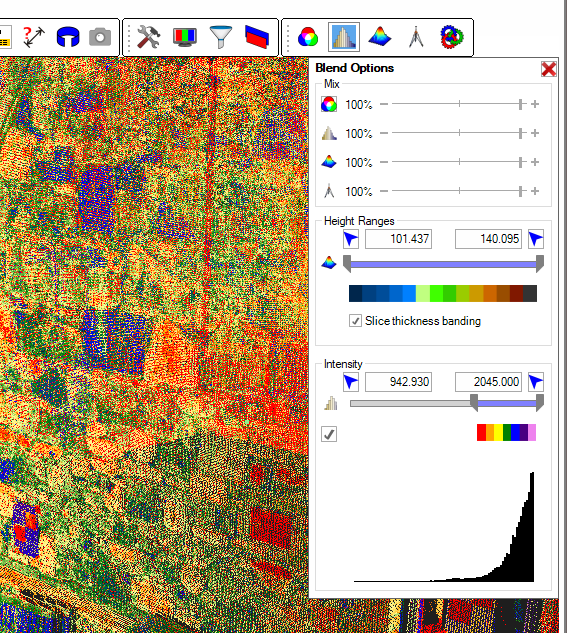